You are here: Home / Africa / Is South Africa a developed country? 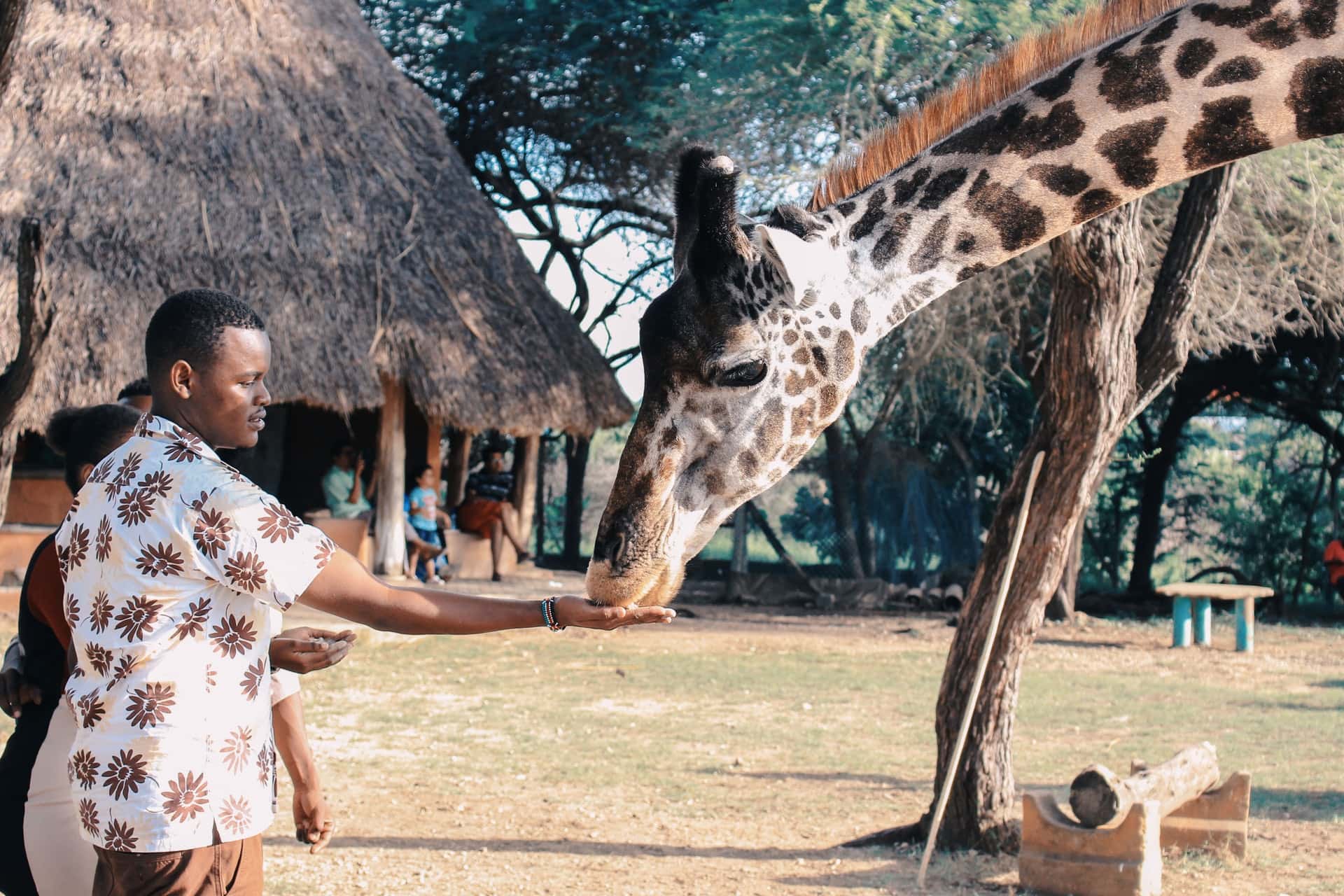 South Africa is the second-largest economy in the African continent. It is an industrialized economy and a highly diversified one.

Yet, is South Africa a developed country?

Yes, compared to its neighboring countries, South Africa is a developed economy. It surpasses its immediate neighbors in Africa, even the rest of the continent. It is an upper-middle-income economy with adequate infrastructure and reasonable employment opportunities.

Since the end of the so-called twelve years of international sanctions in 1996, it grew. It exhibited rapid economic development. The Gross Domestic Product tripled to $400 billion in 2011.

During that time, the county has a steadfast growth. It was projected to be one of the world’s largest emerging economies, being part of the BRICS.

Thus, it created a massive gap between the rich and the poor. There are parts of the country that are highly industrialized, like Johannesburg. On the other side, kilometers away from the city, poverty and unemployment are present.

It is a dual economy demonstrating the highest level of inequality rates in the globe. It resulted from anti-poor economic policies, where the rich continue to be rich, and the poor remain poor. The said inequality has been passed down from generation to generation. It makes inequality to persist until today.

What are the reasons for South Africa not fully developing?

South Africa is an emerging economy. It is not fully developed, unlike the United States or Canada. As I mentioned, there is a considerable gap between the rich and the poor in South Africa. There are still cities that experience extreme poverty and unemployment. Healthcare in this part of South Africa is still not enough, as well as education.

The rich live in developed countries like Australia and New Zealand. They are mostly English speakers who gained a lot during the rapid growth of South Africa. Most of them are residing in metropolitan cities with health care and education.

Yet, there are black villages similar in sub-Saharan Africa confronting issues like HIV. Most of them are suffering from health problems like those in the developing world. There is a significant percentage of the unemployment rate and a lack of proper education. Also, in these villages, crimes are rampant, and housing is inferior.

So, why are the reasons why the country did not transition into a developed one? Well, here are the most probable reasons:

Like other developing countries suffering from inequality, South Africa is experiencing the same. The funds of the government are concentrated on urban areas like metropolitan. Most of the investment in the aspect of health and education are given to big cities. It includes excellent education, health, and sanitation, as well as employment. Those living in these areas will progress.

Yet, some areas were lagging. They continue to be inadequate because the government did not focus on them. They will continue to be low because they were not allowed to develop. The poverty level in South Africa is at the highest among the black population. The people of color follow it. The white ones are the elites.

There is limited opportunity in more impoverished cities to get a proper education. As a result, they won’t be able to get employment. Their livelihood continues to be the same, and no progress happens. Even if there is a job available, they are not qualified because they lack proper education. There are skills needed to get a job which they lack.

Again, government and foreign investment are concentrated in prosperous cities of South Africa. There are significant infrastructure projects in industrialized areas lacking in rural villages. In turn, people living in the rural part have no access to roads to move from city to city quickly. There is no opportunity for mobility that can help them get to cities with high employment.

Roads and infrastructures propelled growth and development. Areas with no major projects will continue below. Another reason why the gap between the rich and the poor is enormous.

Of course, the country is a victim of a highly detrimental system of apartheid. Most of the country become very polarized that it carries the product until today. It has the most significant impact on why the country is not fully developed up to now. The result of the apartheid system affects the economy and the entire demography.

Even though the system of apartheid already ended, the impact of its policies is present. In the apartheid system, the separation of black, colored, and white was apparent. In today’s South Africa, it translated to the growing divide between the rich and the poor.

What is the poorest city in South Africa?

Now that we already know that South Africa is not yet developed, what are the poorest cities in South Africa?

Well, South Africa’s most impoverished area is highly found in the Eastern Cape. The wealthiest in this part of the country is the Gauteng province.

The lowest area is not called a city but a municipality. People living in the municipality of Alfred Nzo are in poverty. It is part of the Eastern Cape. By percentage, 90% of the population in this area is still lacking. It is considered the poorest municipality in the country.

There is also the OR Tambo municipality, also in the Eastern Cape. The concentration of poverty-stricken municipalities is in that province. It is since the province is being deprived of education and employment.

In this area, people are living in shanties. These are very congested areas with poor sanitation. Road and infrastructure projects are lacking. The intense unemployment rate is present. Children receive a poor education, and health problems are rampant.

Other low cities are Ixopo, Vryburg, Barkly East, Giyani, and Phuthaditjhaba. These cities are also experiencing similar conditions to Alfred Nzo and OR Tambo.

On the other side, Cape Town, Johannesburg, and Tshwane are rich. The skyscrapers and the degree of lifestyle are very evident. Imagine, the price of coffee in Cape Town corresponds to the daily living amount of impoverished areas.

The geographical patterns of poverty in the country are the result of apartheid. The segregation of people by color in various area category is called homelands. Those homelands during the apartheid are now the poverty areas of South Africa.

What are the dangers of living in South Africa?

Of course, South Africa is worth visiting. It is essential to see this part of the globe that became very controversial in the present times.

How is it like to live in a post-apartheid country, South Africa? Is there any danger?

Well, when you tell your friends that you are going to visit South Africa, they often ask you:

Isn’t it really dangerous there?

Yet, this statement is often applied to the whole African continent itself. The kind of fear it inflicts can be that a large part of the continent is desert. Another reason, there are lots of savannahs and wilderness in this part of the globe.

Believe it or not, hearing the word Africa, lions, and wild animals will always come first into our minds. Yet, as we see the whole continent in a much deeper sense, Africa is not about wilderness alone.

There is South Africa with skyscrapers in Johannesburg and Cape Town. These cities are developed that can be on par with other big cities around the globe.

Yet, as South Africa is an emerging economy, some dangers correspond to it. But, let me clarify, the danger does not come with the idea of jungle and wilderness.

South Africa is considered the third most dangerous country in the world. It is according to Numbeo’s 2021 crime index. Four of the country’s cities are the most dangerous.

Thus, here are several things you should watch out for when you decide to live in South Africa:

These incidents are found in poverty areas like Eastern Cape and KwaZulu Natal. It is more disturbing than every four minutes; a woman is being raped in South Africa. Every three minutes, a child is assaulted. These disturbing incidents of violence can be due to the high level of poverty in said provinces.

Another disturbing statistic, indeed. Yet, crimes in the country already fluctuated in the past years. But this kind of statistics should not be ignored. These crimes are committed due to high gang related activity in South Africa. Again, South Africa has a reputation for being dangerous. It is one of the globally ranked dangerous city.

Of course, like any other country in the world, walking during the night is not advisable. There are gang-related activities in the county that might instigate robber. It would help if you avoided narrow pathways or stop going out late at night, so you did not fall victim.

The reason for these crime occurrences may be associated with the poverty of its neighbors. South Africa is located below Namibia and Botswana. These countries are poor, and the crime committed due to poverty extends to South Africa. Another, there is a high degree of inequality in the country. Those crimes mentioned above, like robbery, can be poverty related.

Well, how do we measure a nation’s power? By world standard, a country is powerful when it has a strong influence on world affairs. The military strength and economic alliance are also part of the criteria.

By these qualifications, South African is still an emerging economy. Yet, its progress is making headlines in the world, being part of the BRICS. The counties included are Brazil, Russia, India, China, and South Africa.

In present times, these countries are still working their way up to become developed. There is an exception to China, of course.

Yet, the foundations to become a powerful country for South Africa are established. The metro cities like Cape Town and Johannesburg have the potential to do better in the future.

The country, especially the cities that I have mentioned, can propel the country to power. South Africa already has an industrial and manufacturing economy. This kind of economy alone has initiated growth and progress to other counties. Japan and South Korea developed the manufacturing industry that opened the gateway to progress.

Yet, there are still challenges to be confronted by the country. The gap between the rich and the poor. There should be more political and economic policies that are pro-poor. The concentration of people in poor living conditions should also be addressed. The percentage of the unemployment rate is significant.

When the country can solve these issues, South Africa can be powerful as it is projected to be. But, at present, South Africa is still a developing country. It might be progressive compared to its neighbors. But there are lots of work to make it on par with Australia, for example.