You are here: Home / North America / Atlanta vs Tampa – where is the best place to live? 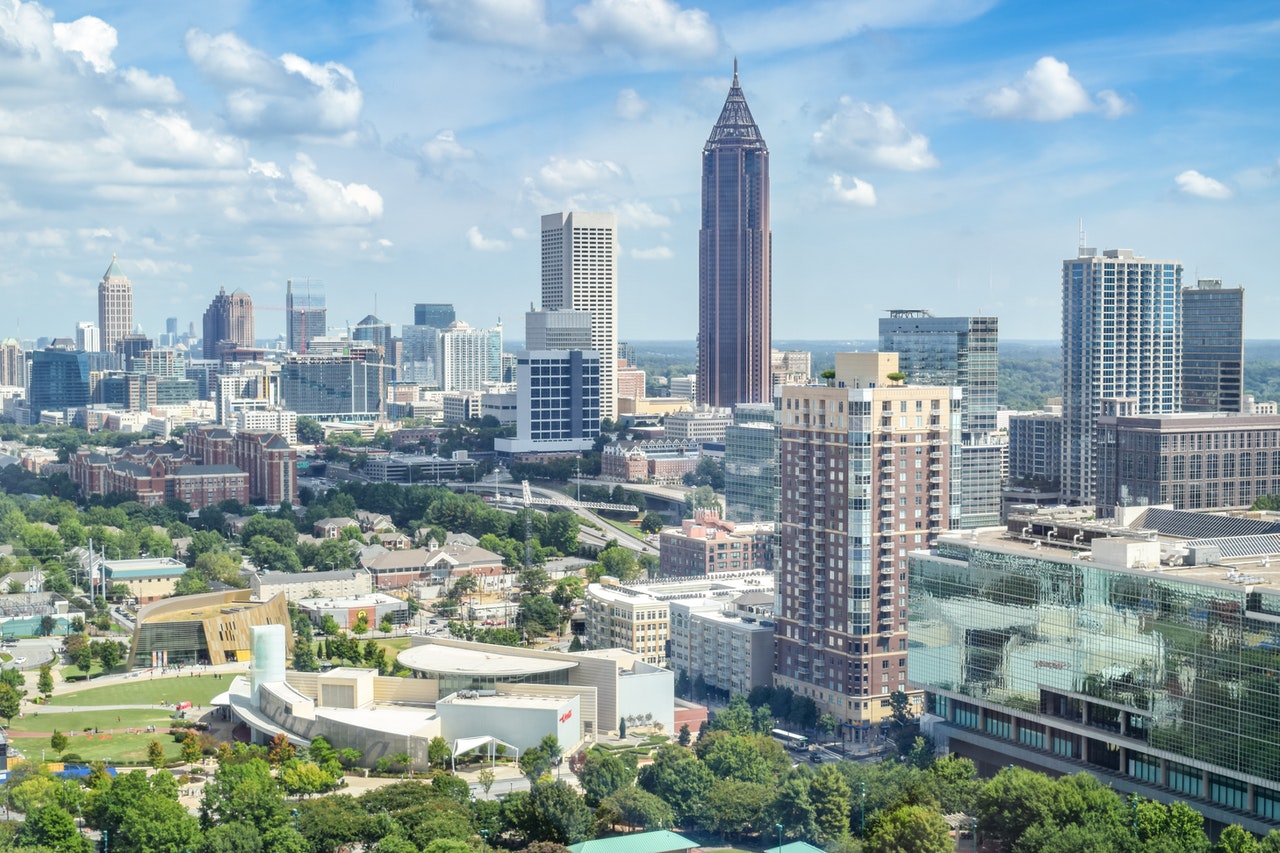 Considering that you already have work in Tampa, this is the better option. If you compare Atlanta vs. Tampa, the latter is winning in all aspects. And this is by a huge margin. Atlanta has better options when it comes to jobs and moving up than Tampa. But overall, Tampa is the better choice between the two.

When one looks closely at these two cities, there just seems to be something missing in Atlanta. And there is always something that seems to happen to its residents.

We really do not know what is causing it. But people in Atlanta seem cold. And not only that. But people who move to Atlanta eventually become colder. Give it a year or two, and people lose their warmth.

The world of capitalism is that pronounced in Atlanta. And its effects on its constituents are so strong.

Aside from this, unfounded as it may be, but there may environmental concerns in Atlanta. The commutes are fairly long. The traffic jams are bad. One is constantly exposed to a lot of chemicals on the long ride to work (or home).

Or maybe, this is something very cultural. Perhaps there is just something in the city. It could even be because the city is a mix of the Old South and modern thinking.

Yes, there are amazing universities in the city. And with these universities, one would expect the cultural effect it would give to the city. What is weird is that there does not seem to explain why; we don’t know.

Moving on. When it comes to theater, they have one. The music scene is not that great.

Work is there, yes. Job opportunities were fostered in the city for all these years. But when it comes to entertainment and life beyond work, there seems to be little.

Most find the city to be so oppressive. At the start, one would even think of how the locals can stand the city. But eventually, they get used to the city.

In fact, Atlanta is one of the country’s ten most dangerous cities. It has high crime rates. But we’ll discuss more on that later.

Aside from that, the city also has 10 of the worst traffic situations in the country.

If there is one thing we really like, it is actually the city’s farmers market. The Your Dekalb Farmers Market is one of the best that we have been to so far.

On the other hand, Tampa has a very human vibe to it. It is a relaxed city. The people are friendly. Plus, there is also an amazing variety of cultures as well as the arts.

The city is also close to a lot of other attractions. You can easily go to Tarpon Springs and indulge in its Greek history. One can easily drive to Sarasota and check out its theaters. Sarasota also has the nicest beaches around.

Then, there is St. Petersburg and its world-class Dali museum.

If you so choose, Clearwater is also near. You can drive there and hang out with the Scientologists for all you care.

There are a lot of different people in Tampa. And they make Tampa the nice place that it is now.

Is it cheaper in Atlanta or Tampa?

When moving to Atlanta, one would need a monthly salary of about $5,100 to farewell. The same standard of life would only require you to have about $4,900 in Tampa.

This calculation means that for the same quality of life, you would need lesser money in Tampa. Suffice to say, Atlanta is more expensive compared to Tampa.

When one looks at the consumer prices in Atlanta, it is 1.11% higher than in Tampa. And this does not include rent yet. When we include rent, it still tells the same story. At 5.99% higher, Atlanta is more expensive than Tampa regarding consumer prices with rent.

Now, let’s go to the aspect of rental costs.

Rent is one of the essential commodities to consider when moving to a certain location. This is because, with rent, one is actually ensured of safety. At the end of the day, you would never move to a city and remain homeless. You need to rent a property to live in.

Comparing the two, Atlanta is higher when it comes to renting. In fact, the variance is a bit huge, at 15%.

If you look closely at the prices in both cities, the differences may range. Some apartments may have variances that are just about $15 or so. There are those where the variances would reach the hundreds.

And when you are raising a family, it is but natural to get a bigger apartment. A three-bedroom apartment at the city center costs around $2,281 in Tampa. The same apartment outside the city center in Atlanta costs $2,867.

Atlanta is still more expensive. But the difference this time is more than about $600. This is where the big variance comes in.

The same story is true when it comes to three-bedroom apartments outside the city center. In Tampa, it would cost around $1,600. In Atlanta, the same apartment can cost around $2,000.

When one compares both cities when it comes to renting, the answer would usually be obvious. Atlanta is more expensive than Tampa.

Groceries and Dining Out

The other most important commodity is food.

Groceries are cheaper in Atlanta. Overall, the difference is less than 1%. In fact, the numbers show that the difference would only be at around 0.53%, with Tampa being more expensive.

Looking at the numbers, this may ring true. Out of the most common grocery items, beef is the only item that is cheaper in Tampa compared to Atlanta. The difference is at around 2% to 3%.

All other grocery items are more expensive in Tampa than in Atlanta.

But if we go back to the overall numbers, it would be safe to assume that the variance may not be much. The overall variance of 0.53%. The difference between each grocery item is not significant.

A loaf of bread is 4% more expensive in Tampa. The same is true with most grocery items.

Rice is 14.55% more expensive in Tampa. But if you look closely at the real price, the difference may not be much. This is because one kilo of white rice in Atlanta is $3.92. The same commodity costs $4.58 in Tampa. This is a difference of less than a dollar.

When eating out, Tampa is still more expensive. Prices of meals can present about 6$ to 18% difference. The difference depends mostly on a lot of factors.

And when it comes to fast food, Tampa is about 15% more expensive than Atlanta.

Overall, Tampa is more expensive when it comes to food. The percentages may be higher in some items. But when one looks closely at the actual prices, the differences may not be that much. Depending on the commodity, the variance may vary from a few cents to a few dollars.

The cost of transportation is more affordable in Tampa than in Atlanta. One such example is a one-way ticket on Tampa’s public transport. It costs about $2. Atlanta’s one-way ticket is usually at $2.50.

And these are just daily passed.

When it comes to monthly passes, it is the same thing. Tampa’s monthly tickets cost around $65, while Atlanta’s is at about $95. This is already a huge difference.

This would greatly affect your budget, especially if you commute on your way to work.

And if there is one thing that we would like to emphasize, it is the traffic. Traffic in Atlanta is one of the worst in the country. And so, while the passes are more expensive, the traffic situation is also bad.

Taxis are no different either. Atlanta is about 16% more expensive than Tampa.

Another commodity is the cost of utilities.

This is something that needs to be considered. When one looks at the cost of living, one also sees bills for electricity, water, and a lot more.

Tampa is winning in this aspect compared to Atlanta. A month of utilities for an 85-square meter apartment would cost around $160 in Tampa. In Atlanta, it is at about $167. This amount would already include electricity. It would also include heating and cooling services.

Often, the cost above would also include water and garbage disposal.

Some items or commodities may be more expensive in Tampa than in Georgia. But the variance may not be that significant. When one lives alone or with a small family, such a difference in prices may not pose much threat.

In this aspect alone, Tampa is still the better place to live in.

Which is safer, Tampa or Atlanta?

We mentioned it earlier, and we will mention it again. Tampa is safer than Atlanta. The level of increase in crimes in Atlanta is way higher than that of Tampa. Even the number of homes broken in is higher in Atlanta compared to that of Tampa. And we said earlier, Atlanta is one of the most dangerous in the country. This makes Tampa the safer option.

A lot of times, Atlanta records higher numbers than Tampa when it comes to crimes. Both cities rated high when it comes to people worrying about being actually robbed at home. But the number is higher in Atlanta than in Tampa with 61 and 69 respectively.

Another worry in Atlanta is the worry of being actually attacked. For one reason or another, the attack may be a common incident in the city. Tampa has lesser of these incidents.

The same holds for crimes involving vandalism and theft. These types of crimes are more common in Atlanta.

And the last common crime in Atlanta is cases of assault. This would include crimes like armed robbery and such.

When comparing the two, Tampa is the better city to live in, regardless of which angle you look at.

Tampa has a better vibe. It is way cheaper in most aspects. And compared to Atlanta, Tampa is safer.

We believe than when comparing these two, the answer should be obvious. Go with Tampa.