You are here: Home / North America / Living in Riverside, CA – What is it like – Pros and Cons 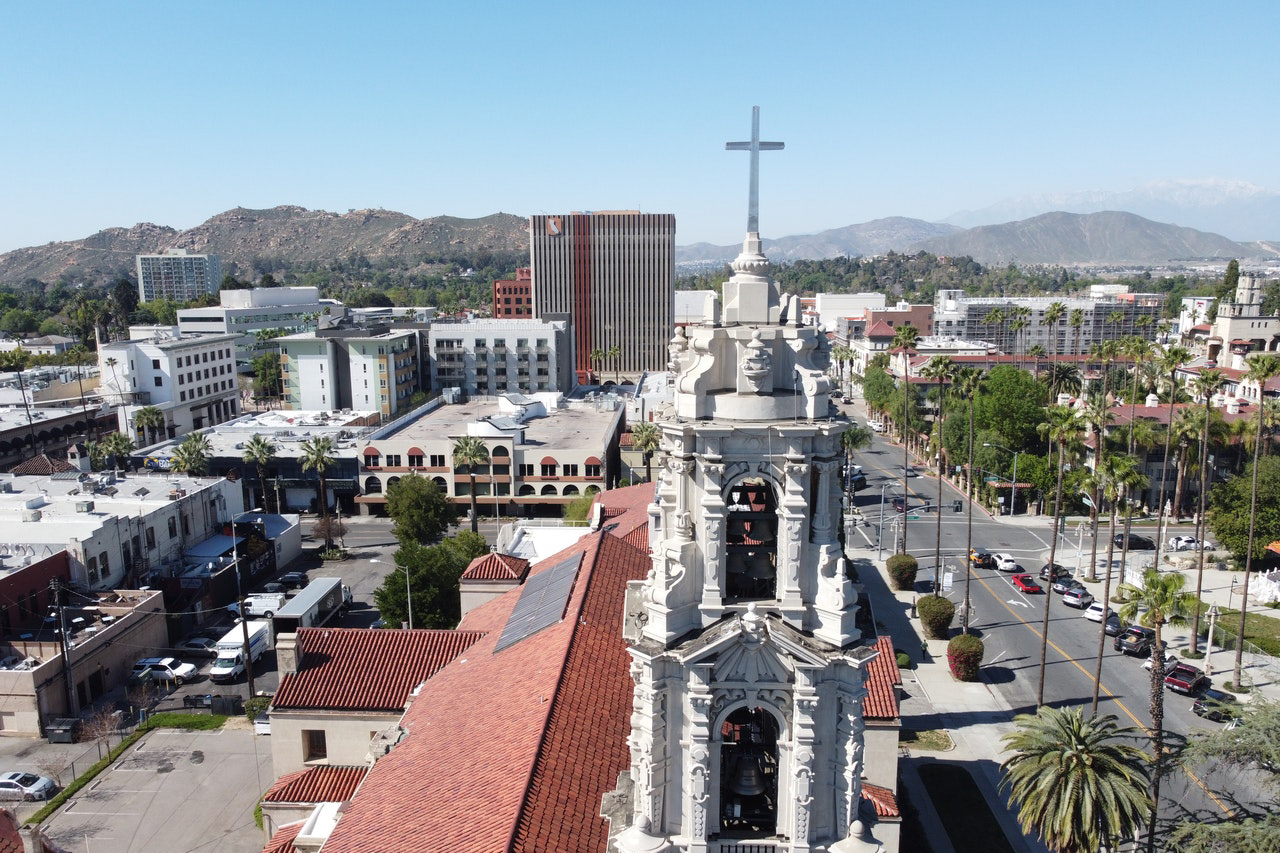 About 60 miles away from Los Angeles is the city of Riverside, California.

Out of the many cities in California, Riverside may not be the most popular. Unless you are from California, some people might not even be aware of the location.

However, over the years, Riverside has been growing and changing. Several thousands of people found themselves moving to the city for many reasons.

But like any other city, living in Riverside has advantages and disadvantages. These pros and cons can make or break one’s decision to move and live here.

Here, I will be discussing the many appealing things about Riverside. Also, let me take this opportunity to discuss a few things that may turn you off.

Through this article, I hope to help you make informed decisions about whether to move to Riverside or not.

Is Riverside, CA, a good place to live in? An Agricultural City in California

If you are considering moving to California but worrying about the cost, think again.

There is a city in California that is not as expensive as LA or San Francisco. And here, I will tell you more about the place.

Riverside in California is a perfect place for you. This place is ideal if you are looking for a home that provides the benefits of living in a sunny state.

Riverside allows you to live in the sunshine state with fewer downsides than San Francisco or LA.

Let me highlight that these are lesser downsides. I don’t mean to imply that these drawbacks are untrue. It’s true.

But if you ask me if Riverside is an excellent place to live, the answer is yes.

You have to read on to find out more.

Let us start with the discussion on why you should move to Riverside. Here are a few essential things that you might find appealing.

Riverside is one of the perfect places if you like warm weather and sunshine for most of the year.

Like any other city in the state, the weather in Riverside is a significant advantage. People from all over the country move here for this very reason.

When you get sunny weather almost all year round, you want to go out and have fun.

The city is perfect for you to go out and exercise. The weather is always acceptable for you to spend quality time with your family outside.

Riverside is an agricultural city.

Expect the city to have a lot of space for farming. Aside from farmlands, there are also enough open spaces for several other activities.

The city may not be as huge as Los Angeles, but Riverside is perfect if you like moderately-sized places.

It provides you with a small-town feel with big-city amenities. And the difference between Riverside from most cities in California is the absence of the homelessness problem.

If there is one perfect reason why you should move to Riverside, it is its location. The location is the ideal center of everything that matters in California.

What do I mean by this?

What I mean is Riverside is near high-traffic areas like Anaheim. Los Angeles is also a few hours away.

The same is true with Big Bear Lake. Driving for an hour or so can bring you to any of these places. And that makes Riverside perfect.

Let the others live in LA with those high prices. You can live in Riverside and drive to LA for an hour or so whenever possible. And no, the cost of living is not as bad as that of LA.

Activities and A Lot More

Another advantage to living in Riverside is the availability of several activities.

There are even activities for your kids. For example, all through the year, there are Discovery Days that would teach your kids about the many information related to nature and science.

There are also several hands-on activities. Aside from that, some events can introduce your kids to live animals, animal experts, and different types of plants.

Of course, there are a few things that should concern you.

Here are a few downfalls that may turn you off.

Smog is something that you usually see in Los Angeles. However, Riverside also has it.

The city of Riverside is not a stranger to polluted air. The local air quality is poorer than the average for the country.

Also, if you hear the nickname “Smog Belt,” you know they are referring to Riverside.

Crimes Here and There

Before moving to another city, it is natural to look into its safety records.

Compared to other major cities, Riverside may not be super safe.

The statistics show that the crimes here have been steadily increasing in the past three years.

The crimes are still not high. It is even lower compared to bigger cities like LA or San Francisco. But if it continuously increases as it did in the last three years, it can be a worry in the future.

To give context to that statement, Riverside saw an increase in crimes by 57.84% in the last three years.

People’s worries about being insulted rank high in these crimes. The other problem is with drugs which sit at 59.27%.

Some of the crimes are petty crimes. Most of the numbers are also low. However, the city should look into ways for these numbers to never grow in the coming years.

What is the cost of living in Riverside, CA? An Affordable Option in California

The only commodity in Riverside that is more affordable than the national average is the cost of healthcare.

Healthcare costs in Riverside are 12.2% lower than the national average.

The rest of the commodities are already more expensive than in most cities in the country. However, with everything happening in the world, people started to pay more attention to their health.

The cost of healthcare is a significant advantage when you move to Riverside.

California is an expensive state. And Riverside did not escape this fact.

When it comes to costs, housing costs are on top of the list. Currently, it is 76.9% higher than the national average. You only have to consider it because this rate is lower than the rest of California.

The cost of food and grocery is also more expensive than in most cities in the US. It is 0.4% higher.

The same is true regarding the cost of utilities which is 6% higher than the national average.

Finally, the cost of transportation is costlier here. As of the latest numbers, Riverside is more expensive than the national average by 46.1%.

Living in Riverside can be a disadvantage if you look at the numbers.

Regarding costs, Riverside is more expensive than the national average.

But if you compare Riverside with the average costs in California, it is cheaper to live here.

Why work in Riverside, CA? A City with Decent Growth Rate

Working in Riverside has many advantages. One of the advantages is the growing economy of the city. The growth may not be significant compared to other cities, but it is a decent growth rate.

Also, the working environment in Riverside is not as hectic as the other cities. There is significant importance here for an employee’s work-life balance.

A Wide Array of Jobs

One of the many advantages of working in Riverside is the growing number of jobs.

The job market increased by about 2.2% in the past year. The increase is not significant compared to the rise that other cities saw.

Also, the increase in jobs is not at par and is even lower than the national average.

However, the prediction is that job growth will be at 38.7% in the next ten years. The forecast is higher than the US average, which only sits at 33.5%.

Another advantage of working in Riverside is its population growth.

The city has one of the fastest-growing populations in the country.

What does it mean for you?

If you are putting up a startup in Riverside, it means you have enough staffing to hire.

The city has been seeing steady economic growth since 2021.

Recent numbers show that the city expects promising post-pandemic economic growth. The forecast highlights the city’s strength, diversity, and resilience as major causes for its economic growth in the coming years.

The growing popularity of e-commerce is an advantage to the city’s growing economy. The same goes for the movement of goods since 2021.

Because of the economic growth, about 26,000 jobs are expected to sprout in Riverside in the coming year.

There will always be something about Riverside that you have to know.

It would be nice if you did some research before deciding to relocate here.

A Higher Cost of Living

First, when I talk about the higher cost of living, I compare Riverside with the rest of the country.

As you already know, Riverside has a cost of living that is more expensive than the national average.

Even if it is 60 miles from Los Angeles, you must remember that Riverside is still a city in California. And as all cities in California are, they are expensive.

The cost of living in Riverside is still higher than the national average. By California’s standards, it is lower.

I highlighted the job market growth in the city in the previous years.

However, the growth is not as significant compared to other cities. There is still a gnawing issue with the unemployed.

If the growth becomes consistent, it can be an advantage. However, if the city continues with its unemployment numbers, this can be a downside to living in Riverside.

The unemployment rate to date is 7.1%. The number is higher than the national average of 6%.

Another disadvantage of working in Riverside is the low income.

The average income of somebody who works in Riverside is US$22,212 per year. However, this number is lower than the national average.

The national average for this aspect is US$28,555 per year.

The same is true when it comes to the median household income.

Riverside may be a city that is not as popular as its neighbors.

When you talk of California, Los Angeles and San Francisco are more popular.

However, there are good sides of Riverside that you cannot ignore.

One of these is the cost of living. It is higher than the national average. However, it is significantly lower than the rest of California.

The other advantage is the excellent weather you will enjoy while living here.

If you can get over a few minor hurdles, I can assure you that Riverside is a perfect city for you.

Would you move to Riverside anytime soon?