You are here: Home / Middle East / Albuquerque vs. Henderson – Where Is the Best Place To Live? 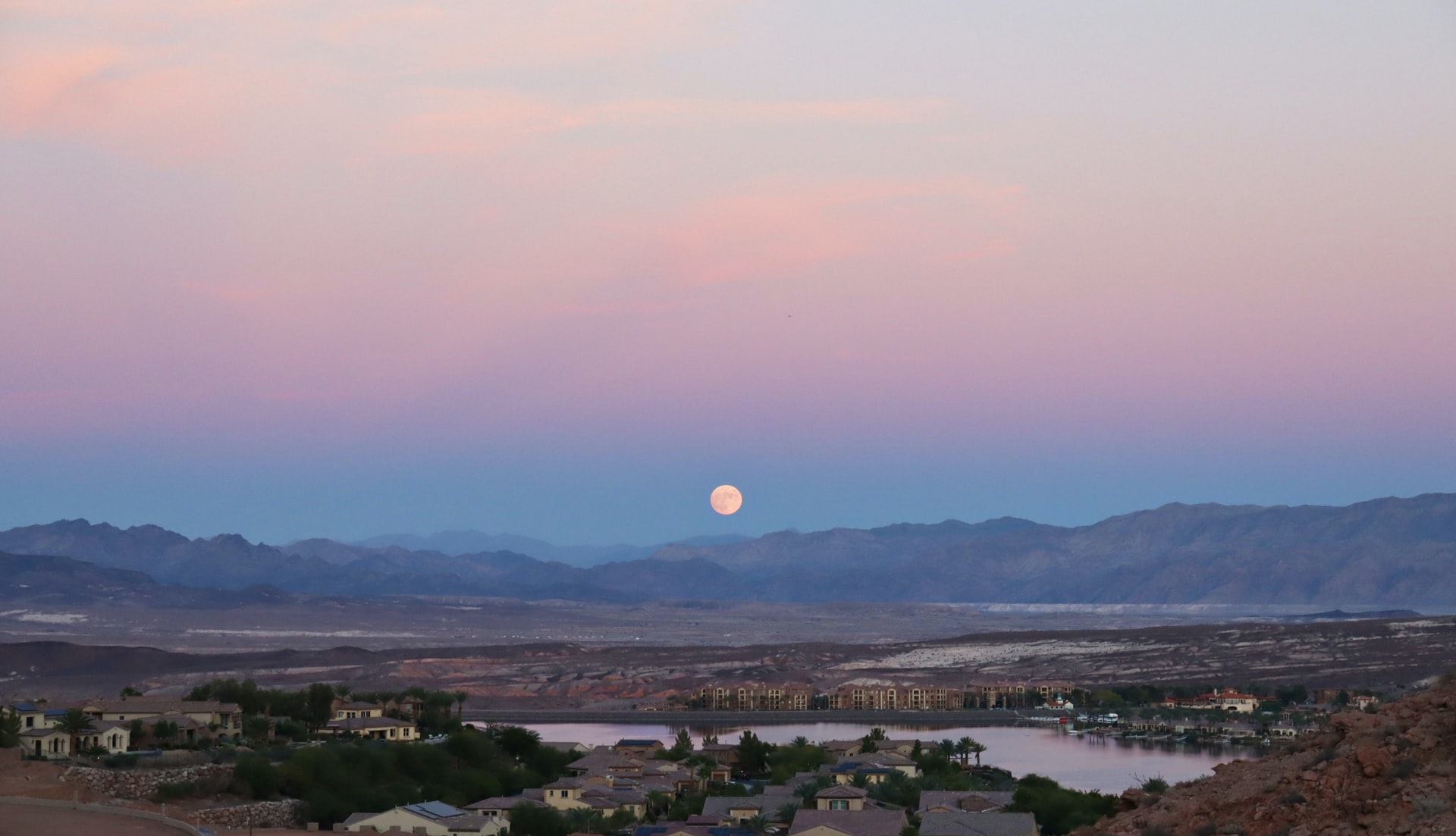 A low-cost city like Albuquerque is perfect for diverse art scenes and someone who plans to establish a tech firm. However, Henderson has a higher livability score than Albuquerque, offering competitive housing markets, excellent schools, and having no state income tax.

Albuquerque is the world’s hot air ballooning capital because of its beautiful desert terrain, unique cultural past, and lively art scene. In addition, Santa Fe, a popular day-trip or overnight destination from the city, is just an hour away by car for more weekend getaways.

Meanwhile, in Henderson, NV, which is part of the Las Vegas Valley, you’ll find enough to keep you active and involved in nature, as well as lots of entertainment options. Whether starting a family or planning retirement, Henderson has the right mix of big-city amenities and small-town charm.

Those who intend to move to one of these cities should read on! We’ve done extensive research to provide you with the accurate data you need. There are some cons and pros, costs of living and population, crime rate, and weather temperature provided for each city as you go through this comparison.

What Are the Pros and Cons of Albuquerque vs. Henderson?

Aside from a lower cost of living, you have access to diverse art scenes and enjoy the International Balloon Festival in Albuquerque. Still, the increased criminal reporting, limited flights, and wildfire threats are alarming. Meanwhile, Henderson, an isolated city, has easy outdoor and water access and excellent schools, but the traffic and limited entertainment options are frustrating.

You can view art all across the city, inside and outside buildings. Albuquerque is a gorgeous delight to see, even if you’re walking around the city.

There is a plethora of public art in Albuquerque. You can see some along Route 66, from the airport to downtown to the University area.

With the International Balloon Festival in October and the title of Hot Air Balloon Capital of the World, Albuquerque is a lively and exciting city. On the other hand, if you miss the chance to watch the brightly colored hot air balloons floating over the sky, you can still travel with them after the event has passed.

The overall cost of living in Albuquerque and New Mexico is competitive with other cities in the United States. People in the town can afford to live here comfortably since the cost of living is around 5% lower than in the rest of the country.

The city and state of Albuquerque came in at 33rd for the cheapest home value in the country. So, starting a family and settling down here is an affordable option.

So if you want to establish a tech start-up firm rather than being employed with someone else’s business, the city has something for you.

According to the Bureau of Justice Statistics, it’s one of the most violent cities in the United States. Albuquerque has a greater rate of violent crimes per 10,000 residents in the first three quarters of 2021 than any other major city.

In addition, nearly half of New Mexico’s property crime originates in Albuquerque. The crime problem is exacerbated by various socio-economic factors, including low educational attainment, significant unemployment, and a high incidence of drug abuse.

Tornadoes, earthquakes, and hurricanes, the most common natural disasters in the United States, pose little to no threat in Albuquerque. On the other hand, wildfires create a hazard to people’s homes and other property.

To save your property and even lives, keep up to current on wildfire safety information by visiting the city of Albuquerque’s Wildfire Safety website and learning what to do if it happens.

No international flights depart at Albuquerque International Sunport, despite its name.
The airport in Albuquerque does have some flights, but they are few and far between. A direct trip to Dallas or Denver is possible, but connecting flights to more populous destinations like New York or Washington DC are rare.

Henderson, Nevada, is a fantastic spot with good schools.

The College of Southern Nevada High School South, the Pinecrest Academy Inspirada, and the John Vanderburg Elementary School are top-ranked public schools in this city. A school’s total testing rank is determined by its combined math and reading proficiency exam ratings.

There is no state income tax in Nevada, as there is in the rest of the state. It is a significant reason why so many folks are relocating to Nevada from other states.

Fortunately, residents here don’t have to bother about it at all.

Because of their proximity to Vegas, Lake Mead and Lake Las Vegas are the only two places in the vicinity where you can go for a swim.

Those who value being close to water should seriously consider relocating to Henderson, Nevada.

Henderson has one of the most diverse housing markets in the valley. You can readily locate single-story, two-story, and large-lot houses.

Henderson is a mix of new construction and historic properties. If you’re interested in converting houses to sell, you can find properties that need work and take the opportunity to gain profits here.

Because of its position, Henderson offers a more tranquil and isolated lifestyle than the rest of the Las Vegas valley. Compared to the other outer ring settlements, this one is much calmer.

For tourists, there aren’t many things to do in Henderson. For most folks, it’s only a rest stop on the way to somewhere else.

When it comes to urban and quiet, Henderson, Nevada, is your best option for a peaceful getaway.

Living in Henderson, Nevada will almost certainly need the use of a car. It happens because the city sits on the state’s fringes, and the Las Vegas valley was not designed to accommodate walkers.

Henderson, unfortunately, has some of the worst traffic in the region due to its location. At least once a day, Interstate 95 North and South encounters bumper-to-bumper traffic.

In addition, depending on the time of day, travel times from Henderson to other sections of the city might easily surpass 30 minutes.

If you wish to reside in Henderson, Nevada, working as near home as possible would be better.

Henderson isn’t particularly well-known for its nightlife, entertainment, or cuisine. In reality, the choices for all three are somewhat restricted.

Henderson, as previously said, is a calm, remote neighborhood. It was never meant to be a tourist attraction in the first place.

Albuquerque or Henderson – Which Is Less Expensive?

Albuquerque’s cost of utilities is 3.5% less expensive than in Henderson. A 60 Mbps internet connection costs $98.00 per month in Henderson, while only $75.52 in Albuquerque.

The cost of food and groceries in Albuquerque is 8.3% less expensive than in Henderson. The price of regular eggs for 12 pieces is currently $2.59 in Henderson, whereas Albuquerque has only $2.10.

Albuquerque’s transportation cost is 26.5% less expensive than in Henderson. For example, the price of gasoline in Henderson is $ 0.80 per liter, whereas it is only $0.72 in Albuquerque.

Albuquerque’s healthcare cost is 12.1% less expensive than in Henderson. In Henderson, you have to spend $452.91 for RX drugs, while in Albuquerque, that is only around $433.50.

Is Albuquerque Bigger Than Henderson?

With 188.87 square miles, Albuquerque is the largest city in New Mexico and the most populated state. Currently, the population of Albuquerque is 564,559, making it the 32nd largest metropolitan area in the United States and the 4th in the Southwest.

On the other hand, with 320,189 people in 2019 and a total area of 106.62 square miles, Henderson is Nevada’s 2nd largest city after Las Vegas. Near an elevation of 1,864 feet, Henderson is located at the valley’s southeastern extremity.

Is Albuquerque Safer Than Henderson?

Albuquerque’s probability of being a violent and property crime victim is 1 in 75 and 1 in 20, respectively. The city reported 35,723 crimes yearly, 28,171 in property-related and 7,552 in violent offenses. It has 188 crimes per square mile, significantly higher than the 22 of New Mexico.

Meanwhile, Henderson has only 5,441 annual crimes, 4,750 are property offenses, and only 691 are violent crimes. It has only 51 crimes per square mile on average. The city has a lower crime probability than its state.

Is Albuquerque Warmer Than Henderson?

The average weather temperature in Albuquerque ranges from 27°F to 93°F throughout the year, whereas Henderson has 37°F to 106°F. Thus, Henderson is warmer than Albuquerque.

Albuquerque’s year-round sky is bright. Temperatures in Albuquerque range from the sweltering heat of the summer to the bitter winter chill, which is sometimes buried in snow. Temperatures seldom drop below 18 ℉ or climb beyond 99 ℉, with an annual average of 27℉ to 93 ℉.

Meanwhile, it’s hot and dry in the summer and calm and clear most of the year in Henderson. The average temperature annually ranges from 37°F to 106°F, with lows of 30°F and highs of 112°F being very uncommon.

Henderson and Albuquerque are best visited for warm-weather activities from early June to mid-September and from late May to late September, respectively.

Is Albuquerque Better Than Henderson?

Based on the recent livability score, Albuquerque got a 54 rating while Henderson obtained 84. With 100 to be outstanding, Henderson is better than Albuquerque.

Albuquerque ranks #24,548 in the United States and #290 in New Mexico in terms of livability. It has a remark of “poor livability score,” and the city is among the lowest in the country. It is possible that living in Albuquerque will not be a pleasant experience.

A fantastic method to enjoy Albuquerque regularly is to use nearby facilities and intriguing activities.

On the other hand, Henderson is doing well since its score is considerably above the national average. It is also among the top 10% of all cities, which is no minor accomplishment. Henderson ranks #3 in Nevada and #1,195 in the United States, with an “exceptional livability score.”

Albuquerque or Henderson – Where do you consider moving? Let me know your thoughts below.