You are here: Home / North America / Living in Salem, OR – What Is It Like – Pros and Cons Salem, nestled in the Willamette River valley in Oregon, is one of the most fertile agricultural regions in the United States, approximately 46 miles southwest of Portland. It is also the capital city of Oregon and the county headquarters of Marion County.

This metropolis is one of the oldest communities in Oregon. It was initially known as Chemeketa, an Indian word that translates to “meeting or resting place.” Its historic core and vineyard-covered Willamette Valley countryside offer a serene environment and a more relaxed atmosphere than a larger town.

However, before you continue to believe that this place is the location of your dreams, you should keep in mind that not everything that glitters is gold.

Read on to uncover the pros and cons of Salem, Oregon, to decide if it’s perfect for you.

Is Salem a Good Place To Live In? – A Laid-back Agricultural Town

Salem Has a Central Location

The primary advantage of residing in Salem, Oregon, is its location. Being a resident of this city does not merely imply proximity to several beautiful natural areas. It is also incredibly convenient because of how close it is to other big cities in Oregon, which adds to the appeal of its location.

Living in Salem also essentially places you in the center of the universe. Because the city lies on the 45th Parallel, it acts as the geographical pivot point between the equator and the North Pole.

The Place Has Unlimited Activities

If spending time outdoor is your idea of a good time, Salem is the perfect place for you because it offers an abundance of different activities.

Like many other communities in the Pacific Northwest, it is a paradise for outdoor leisure. The town’s park system includes almost 2,000 acres, 46 parks, and 30 miles of hiking, biking, camping, boating, fishing, and other routes.

If you want to be in the middle of nature without traveling outside of the area, Bush’s Pasture Park is the perfect place for you to go. This park has tons of natural trails for walking, jogging, and biking, an art center, a greenhouse, rose gardens, tulip beds, tennis courts, a museum, multiple playgrounds, and broad meadows for Frisbee.

You can ride the indoor Salem’s Riverfront Carousel to relive your childhood if you live here. This location allowed adults to express their inner child year-round. Each horse is a one-of-a-kind, hand-carved work of art. You can even try snapping a brass ring from the salmon’s mouth to win a free ride!

You can also visit historical places and museums such as the Mission Hill Museum, Hallie Ford Museum of Art, Elsinore Theatre, and Reed Opera House.

Also, the city offers numerous events throughout the year. The Oregon State Fair, held at the end of August and includes carnival rides, competitions, and exhibits, is Salem’s major event.

Other prominent festivals include the Salem Art Fair and Festival, the World Beat Festival, and The Bite of Salem.

If you choose to make this location your home, you will never find yourself at a loss for ways to fill your spare time.

It Is Famous For Its Craft Beer Culture

If you’re more interested in adult-oriented activities, Salem has a flourishing beer culture. The city is well-known for its craft beer scene, and many excellent microbreweries lie in the surrounding area.

Even though there will not be as many as there are in the Portland Metro area, there are still many fantastic locations where you can get a beer in this town.

Therefore, if you are a beer fan and live in Salem, you should head to Gilgamesh Brewing to pick up a Mamba, the People’s Choice award winner.

If you despise the sweltering heat of the summer, Salem is the perfect place for you to live.

The people who live in this town can enjoy average high temperatures, unlike the residents of other major cities, who continually have the sensation of being burned at stake.

Since this area hardly ever experiences exceptionally high temperatures, the summertime weather is pleasantly warm and beautiful. August is the warmest month in this region, with an average high temperature of 81.6°, considered more comfortable than the majority of Oregon.

This summer weather makes Salem the ideal destination to enjoy the outdoors in the middle of summer.

It Has One-way Streets

Salem-Keizer Transit, sometimes known as Cherriots, is the city’s mass transit system and serves both the town proper and the surrounding suburbs. The metropolis also offers a regional bus service that runs 22 routes Monday through Friday and two express trips to Grande Ronde and Wilsonville.

However, navigating the area can be challenging, mainly if you are unfamiliar with it, as it has one-way streets.

Living here will give you firsthand experience with the confusing network of one-way streets that makes up Downtown Salem. It will take time and effort before you become accustomed to it and can effectively travel around the city.

Salem Gets a Lot of Rain

The weather in Oregon is mild and pleasant most of the year, making the state an ideal place to live. The summers are moderately warm, and winters are chilly, but they are more than bearable.

The only significant drawback to the climate in this state is the amount of precipitation. During specific periods of the year, rain is nearly a constant in the daily forecast. Unfortunately, Salem is not an exception to the frequent rainfall.

The city receives roughly 45 inches of precipitation yearly, significantly more than the national average of 38 inches.

While flooding is not a significant risk when you live here, it is essential to maintain the quality of your home. Investing in a good windbreaker, galoshes, and rain gear is also necessary to make this place your home.

Also, it is crucial to remember to bring an umbrella with you whenever you go outside in this city since even when the sky is clear, sudden downpours might occur at any time.

The City Has a Major Problem With Property Crime

Living in Salem has several drawbacks, one of which is its overall high crime rates, which are 78% higher than the average for the nation.

The rate of violent crimes in this town is just 2% higher than the average for the entire country, and overall, it is safer than 17% of the cities in the United States. However, compared to the previous year, it saw a 3% increase in the number of crimes committed.

It is a problem, and there is no doubt about that; nevertheless, the good news is that Salem has a police department that is both professional and compassionate.

What Is the Cost of Living in Salem? – One of the Best-value Cities in Oregon

The overall cost of living in Salem is relatively low compared to the national average.

Compared to the US average, the cost of living in this city is only 1.8% higher. Healthcare prices are 14.7% below average, while utility expenditures are 20.7% below average. Also, transportation costs are 3.9% lower than the national average.

The town’s housing cost is around 22.2% higher than the average for the country. However, compared to the typical cost of living in Oregon, it is far less expensive, a topic we will discuss further in our upcoming pro.

The City Has the Lowest Home Prices in the Country

How does the cost of housing in this area compare to Portland, the largest city in the state?

In Portland, the median home price is $536,900. This price is significantly higher when compared to Salem. So if you want to reside in Oregon, this metropolis is perfect because you will save a lot of bucks here compared to other areas in the country.

Its Housing Costs Are Above Average

Although Salem is not the most expensive city in Oregon for housing, it is also not the town with the lowest prices compared to the average cost of housing across the US.

Compared to Portland, Los Angeles, and New York, its housing cost is significantly lower. However, if you are relocating from a less expensive area, you will be shocked to know how expensive housing is in this metropolis.

The average house in this city costs $354,500, 22.2% more than the national average of $291,700. The cost of renting an apartment is likewise significantly higher than the average.

These home prices in Salem reflect the competitive market for purchasing property in Oregon. If you want to buy a new house in this city, you will have to spend a significant amount of money.

Why Work in Salem? – An Ideal City for Early-career Professionals

The Place Has Various Employment Openings

When you move here, you will discover many businesses where you can submit an application for work in this city. It depends on what you want and what you are competent to do.

Since Salem is Oregon’s capital city, employment prospects inside the state government are likely to be among the most desirable.

The town also serves as a center for farming and food processing, and it is the location of several factories that produce equipment for computers. It serves as the administrative center for four state prisons, including the Oregon State Penitentiary and the Oregon Department of Corrections.

Wherever you move, seeking a job is stressful. If you are moving to the town without a job, you can get help looking for work and finding resources for the area on the Worksource Oregon website.

If you want to start a business in Salem, you can contact the Salem Chamber of Commerce for information on how to do so. You can also submit your application for city jobs on the official website of the Salem Government.

This city’s work market lacks diversity, which is a drawback. It is not surprising that positions in the government dominate the local economy, given that the town is very tiny for capital.

Since it is the state capital of Oregon and contains many state employees, Salem is a rigorous city that exclusively has white-collar occupations.

Also, the income that companies in this region offer do not appear to be sufficient to sustain the cost of living. The median income for a household in this area is only $49,126, which is 11% less than the average income in the United States.

Therefore, if you want to work in a place with a varied workforce and competitive wages, you should go elsewhere than Salem.

Salem has lots to offer!

However, as with every city, there are pros and cons to living here, but if you can handle it, you’ll find it’s a beautiful place to live. 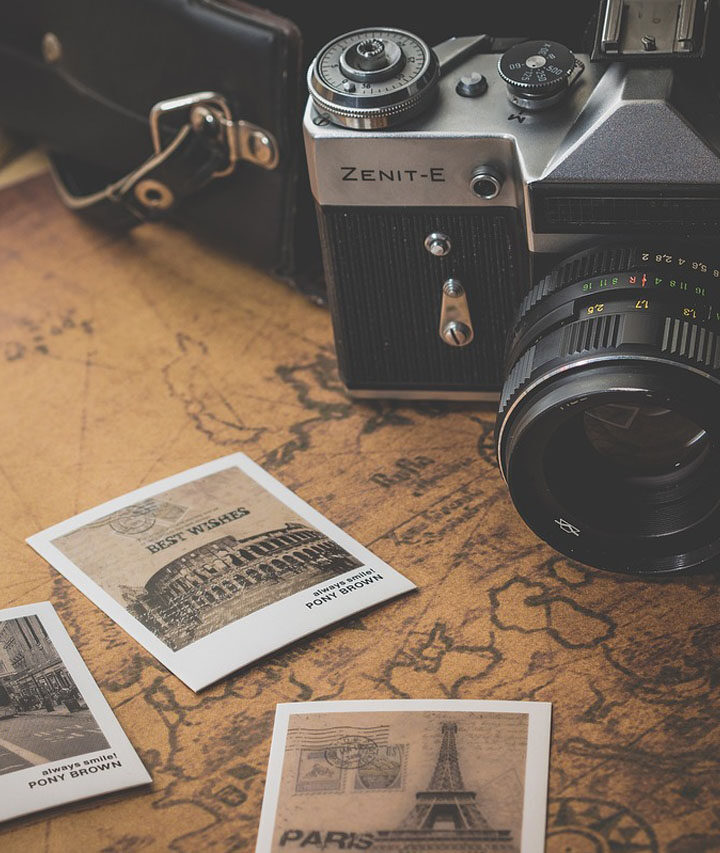