You are here: Home / North America / Living in Newport News, VA – What Is It Like – Pros and Cons 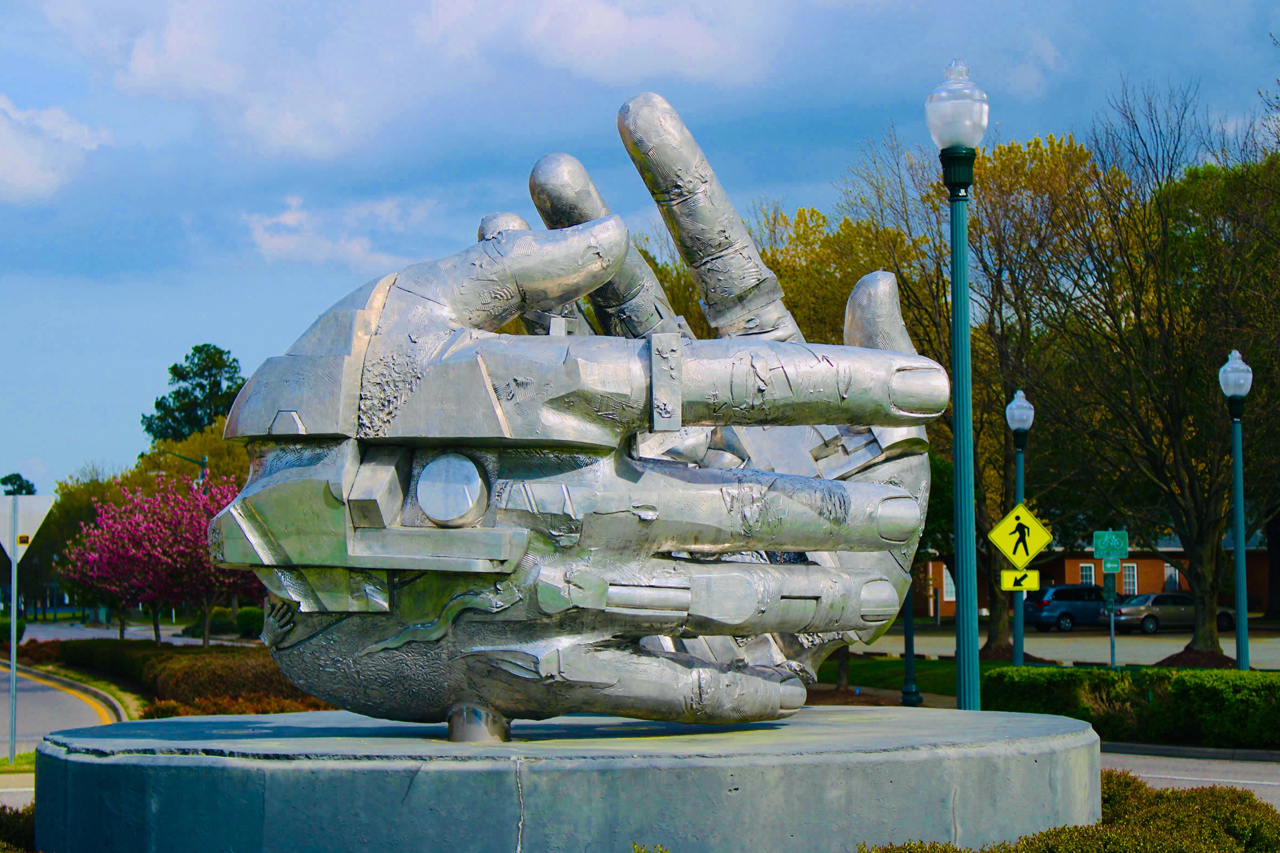 The city of Newport News, a part of the Hampton Roads metropolitan area, is nestled on the northern coast of the James River and at the southern tip of the Virginia Peninsula. As a result of its position, the town has played a significant role in the United States maritime history.

This area is also rich in history, as Warwick County was one of the eight founding shires of Virginia, established by an order from King Charles I in 1634. The metropolis is also a hub for various industries, including shipbuilding, technical research, and global trade.

Continue reading to know more about the pros and cons of living in Newport News so that you can determine if it is the appropriate place for you to call home.

Is Newport News a Good Place To Live In? – A Great Life on the Coast

The City Is Known for Its Breathtaking Outdoor Vistas

Newport News is famous for its picturesque landscape, and Noland Trail is a favorite among locals. This trail is the location of the annual Mariners’ Museum 10K Pirate Run that the municipality hosts.

You can run on the Lake Maury route or have a romantic stroll with your significant other. If you live in this area, you will also have access to Newport News Park, the country’s second-largest city park overall.

Due to the city’s proximity to water, water sports are prevalent among the city’s residents. There are a significant number of businesses that cater to those kinds of sports, including parasailing, charter boat excursions, paddle boarding, and kayaking.

For more outdoor activities, Virginia Beach or also known as the “Resort City,” is only 40 miles away. Here you can immerse up in the sun, enjoy endless shopping and fresh seafood, and ride the rollercoasters on the Virginia Beach Boardwalk.

A 21-mile trip will also take you to Williamsburg, home to historic sites like Colonial Williamsburg and the theme park Busch Gardens.

If you live here, you will never be at a loss for things to do in your spare time because you will be able to use the city’s beautiful outdoors.

It Is a Popular Shopping and Dining Destination

Being the center of dining and shopping for the Hampton Roads region, Newport News makes it convenient to access stores in the area.

Local Center at Oyster Point, newer development with shopping and dining options, is known as the “new” downtown and illustrates how city leaders and companies have restored portions of the area in recent years.

Visit the nearby farmer’s town if you are interested in purchasing locally grown and freshly prepared produce. There are three farmers’ markets in Newport News, each offering the finest local produce.

Since long ago, sourcing food from the surrounding area has been a focus in this community; the Game’s Farmers Market has been operating successfully for over 35 years.

Finding a place to dine in this city can be pretty challenging, even if you have decided to eat out. However, fret is unnecessary because you can experience them all during the newly founded Newport News Restaurant Week.

What’s better? Many restaurants, such as Pearl French Bistro, The Cove Tavern, and Fin Seafood, offer lunch and dinner specials at reduced costs so that you can try them all and choose your new favorite!

Living here, you can still find plenty of bustle in the historic downtown, where the urban environment comprises high-rise office and residential complexes with retail and other consumer-facing enterprises on the bottom floor of the buildings.

Residents of Newport News who do not wish to drive have several alternatives to select from when it comes to modes of transportation.

Hampton Roads Transit is responsible for providing public transportation across the area. They offer service to nearby places as well as the city.

You can also take the Greyhound bus, a station on Warwick Boulevard not far from Denbigh, which offers service to nearby cities. Amtrak provides the town with four trains daily, connecting travelers to Norfolk, Virginia Beach, and other destinations.

If you would instead carpool, you can use the vRide, which provides commuters with ride-sharing programs, including private residents and companies.

Living here, you won’t need a vehicle to move around the town because dependable public transportation is available throughout the area.

The Place Is Pet-friendly

The following pro will sound like excellent news if you have a soft heart for our four-legged companions.

Newport News is one of the cities that cherish and respect animals. Since the founding of the Peninsula SPCA in 1962, the city has been animal-friendly.

Living here gives you access to the local SPCA, which includes a petting zoo and a refuge for exotic animals, so you cannot only locate a new furry family member but also go there and enjoy yourself.

When you stop in to eat at one of the many local restaurants, you’ll find that the proprietors are more than happy to accommodate your four-legged friends. Aromas, Burger Theory, The Cove, ChipotleIf, Donatos, Indulge Bakery & Bistro, Tradition Brewing, Taste Unlimited, and Tropical Smoothie Cafe are among the eateries that welcome pets.

If you choose to make this your home, you and your fur babies will be able to take advantage of this city’s many advantages!

It Is Facing Traffic Difficulties

Since 2010, the average American commute has become longer yearly; the same is true in Newport News. This city has a commute time significantly lower than the national average of 26.4 minutes, with the average trip only 23 minutes.

Although the availability of dependable public transit and the city’s average travel time to work is slightly less than the national average, the area continues to struggle with traffic challenges.

Living here is not ideal due to the city’s heavy traffic. If you are familiar with the design of the Hampton Roads region, you are aware that tunnels connect one side of the area to the other. Sporadic traffic piles up across Hampton Roads, but the town sees the most of it.

Warwick Boulevard and Jefferson Avenue are known to be the most critical roadways in this town. These roads connect the two sides of the place and are almost parallel. Both have numerous stoplights and are heavily traveled, which considerably adds to the place’s congestion. Interstate 64 is also a problem in this scenario.

If you commute from the peninsula’s edge or to the south side, you must traverse one of the tunnels. The tunnels are the only means to pass to the other side of Hampton Roads so they can back up for hours.

If you live in this city, you need to give some thought to this problem because it has the potential to have a significant impact on your life here.

This City Is Known as “Bad News”

Another drawback of living in this city is the high crime rate.

Some individuals refer to Newport News as “Bad News,” a nickname given to the town by others. Typically, this results from a perception of high crime in the area.

The overall crime rates in this region are 14% higher than the average for the whole country. With violent crime, 61% greater than the national average, the risks of becoming a victim of crime here are 1 in 38.

Even though it is safer than 14% of the cities in the United States, the crime rate has increased by 17% compared to last year.

When you live in this city, it is vital to look at crime maps to determine which parts of the metropolis are safer than others.

What Is the Cost of Living in Newport News? – A Big Metropolitan Area at a Relatively Minimal Cost

If you live in this city, you will spend less on transportation, utilities, and groceries than the average person in the rest of the country since these things cost less in this city than elsewhere.

The most expensive aspects of living in Newport News are the rent and the cost of real estate, even though the city is relatively inexpensive compared to other towns around the country.

The area’s housing cost is 2% higher than the average for the nation. Despite being slightly more expensive than the national average, it is nonetheless pricey.

The median price of a property in this place is $218,600. However, you can also rent here if you do not wish to purchase a home. 44.3% of the city’s residents are renters, while 5.2% of its houses and apartments are available for rent.

On average, a one-bedroom apartment with 922 square feet rents for $1,209 monthly. However, this quantity varies substantially depending on the unit type, with low-cost and high-end options available for houses and apartments.

Why Work in Newport News? – A Technologically-oriented Business Sector

The City’s Labor Force Is Diverse

If you make this town your home, you will quickly realize that it is an excellent place to work, regardless of your profession.

The workforce in Newport News is diverse, consisting of various occupations, including resident professionals, sales and office workers, service providers, and many more.

Shipbuilding, military, and aerospace manufacturing are some of the most critical sectors in the city. The Newport News Marine Terminal, surrounding military posts like Fort Eustis, and the Newport News Shipbuilding all provide employment opportunities for many locals.

Newport News Shipbuilding is the exclusive designer and builder of the United States Navy aircraft carriers such as the Enterprise, Kennedy, Washington, Vinson, and Roosevelt. It is also the most significant industrial employment in the whole state of Virginia.

Other significant employers in the area include:

You should consider working in Newport News if you are looking for a place with a diverse workforce and many career chances for people like you.

Although the unemployment rate in Virginia is slightly lower than that of the United States as a whole, the rate of unemployment in Newport News is greater.

Even though the city has a diverse workforce, the unemployment rate is still 7.2%, higher than the average jobless rate of 6.0% across the United States.

The town’s job growth is equally stagnant, having increased by only 1.3% over the previous year. It is also forecasting a future development of only 31.6% over the next ten years, which is lower than the average growth forecast for the United States, which is 33.5%.

Suppose you are moving to this city intending to work once you get settled here. In that case, you should consider the local unemployment rate as it could significantly impact your career advancement.

As you can see, relocating to Newport News can be the best option for your family and yours, and there are many good reasons for this!

This city is an excellent destination to consider relocating to due to its abundance of outdoor activities, shopping options, dependable public transportation, and moderate cost of living. However, it also has a distinct set of issues, much like any other town in the state.

Do you know of any other significant pros and cons of living in Newport News, Virginia? Comment below and let us know!